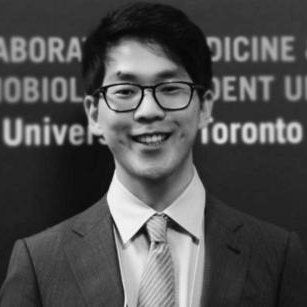 Charles Lee As a child, I envisioned a leader to be a charismatic person who uses eloquent words to sway people’s emotions and inspire them to actions. I believed the leaders were born, not made and only innately charismatic people were destined to become leaders. However, through various leadership roles I took on, both at the University and outside, I have come to realize that leaders are developed through the choices that they make. To me, the most important trait of being a leader is the ability to recognize individuals’ talents and trusting their abilities, thus fostering teamwork.

The idea was conceived prior to university, when I volunteered for an organization named SAINTS that assists elderly and disabled adults with their chores. I encountered people who had been told that they were incapable of engaging in daily activities and thus succumbed to helplessness. However, I encouraged them to work with me, as I believed that they too could be productive and soon I saw them regain confidence and a sense of independence. As the school representative, I also motivated other students to volunteer for the program. Since entering university I have been serving as a member of the board of directors, with which I amended student handbook materials and aided in decisions about financial matters. Furthermore, I continue to reach out to disadvantaged communities through mentoring at the First Nations House. There, I tutored math and science to students and learned that the Canadian education system is inefficient in the Native Reserves. Inspired by this experience, I organized with others a social service trip to Native Reserves in Manitoba, recruiting high school volunteers city wide. We worked to improve infrastructure and taught English and math to children.

At the University of Toronto, I currently serve as the coPresident of Laboratory Medicine & Pathobiology Student Union (LMPSU), in which I lead an executive council of 15 members. Previously, I have helped LMPSU organize two annual conferences, and this year, my counterpart and I led the team in hosting a successful conference, entitled “Innovations in Immunotherapy” which attracted more than 200 attendees. In addition, I felt a sense of unity was missing for newly accepted LMP students and thus our team implemented a   mentorship program, matching upper year students with new students. I specifically chose junior exec members to aid us in creating the program, as I recognized that they would best understand what the junior students are in need of. Furthermore, I act as the Vice President (Academic) of Neuroscience Association of Undergraduate Students, in which I hold academic seminars and organize the Canadian Life Sciences Challenge Competition.

Augmenting my studies through working in a biomedical laboratory at St. Mike’s Hospital that focuses on hemorrhagic stroke solidified my passion and appreciation for research. Initially an untrained student, I grew to be an independent researcher, devising my own project by my sophomore year on the potential therapeutic value of albumin in preventing bilirubin induced neuronal axon damage. In addition, I have coauthored a paper, presented at national and international conferences, and mentored other undergrads. Being involved in   research alerted me to the lack of opportunities for undergraduate publication and as the coeditor in Chief of the Journal of Undergraduate Life Sciences (JULS), I helped to bridge this discrepancy. With my team, I have provided opportunities for undergrads across Ontario to publish and recruited faculty members to peer review.

“Courage is a decision”, says Winston Churchill, and I also believe that leadership is a decision. By being able to gauge others’ talents and abilities and entrusting responsibilities to them, great leaders are making the choice to create great teams. Through my leadership roles, I have made choices to act for the best of the SAINTS   members, aboriginal students, student union members, lab mates, and teammates by helping them to flourish. I will continue to empower others to recognize their skills and thus be able to together contribute to the team, community, and university.