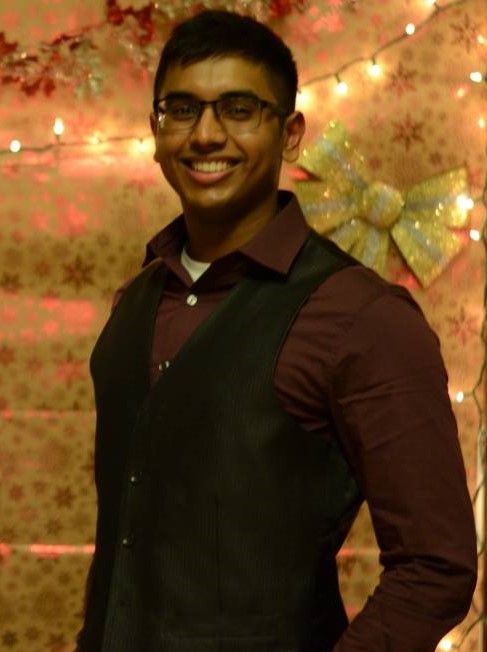 Sudarshan Bala To me, leadership is a multifaceted endeavor that is a definition of overall character rather than a singular trait. I believe leaders are beholden to their community, and I aim to always have a goal in mind with regards to making my service to my community worthwhile. This involves having the determination to implement new ideas while revitalizing what has traditionally been done, so that I can pass over my leadership role at the end of my term in an even better state than when I arrived. Moreover, I believe one of the basic tenets of leadership is to lead by example, and to inspire and assist others to pursue their own goals and ambitions whenever possible. During my first year of undergraduate education, I was inspired by the great work and contributions made to the community by senior student leaders, who motivated me to make my own mark and inspire others to do the same in the years that followed.

Throughout my undergrad, I have committed myself to improving student life at the University.  One of my earliest leadership experiences was being elected to the Laboratory Medicine & Pathobiology Student Union (LMPSU) as a year representative. In this capacity, I aimed to foster a sense of community between the undergraduate students and ensured they felt at home in the department.

Now, in my fourth year of study and as co-president of the LMPSU, I continue to work toward this goal by steering the executive team in the organization of a variety of social and academic events.  Throughout these endeavours, I learned each person has their own strengths, and the true potential of a team is reached when everybody is able to support each other. I have also had the opportunity to
participate in the organization and execution of two annual conferences hosted by the LMPSU over the past two years, and led the organizational effort with my fellow co-president team to host this year’s conference. Moreover, I piloted a mentorship program that was put into place last year, and oversaw its continuation this year with improvements that further fostered a close sense of community.

One of the pivotal periods in one’s university career is during the first week of school. I have attempted to make this transition from high school to university as fluent as possible by volunteering as an orientation leader during my 2nd and 3rd year, during which time I mentored and motivated incoming first years to take on an active role in their community. This year, I organized and led a team of orientation leaders overseeing incoming first year students as a Victoria College orientation executive.

In this capacity, I revitalized the events I spearheaded to make them more enjoyable for first years and accessible to those who may have previously been unable to participate. The importance of inclusion and accounting for barriers to participation was made clear to me during this time, since it is difficult to serve a community when certain groups are unable to participate. To this end, I worked with the rest of the executive team to make orientation week more inclusive for transgender and non-binary students by modifying certain events that were previously exclusionary to these groups.

On top of my interest in serving the community, I have a passion for discovery that I manifest into reality through my research, which has ranged in topic from biochemical characterization of proteins to smooth muscle cell migration in atherosclerosis. During this time, I gained an appreciation for importance of a good scientific mentor and the lasting impact they can have on the growth of their student. I have since had the opportunity to mentor a high school research student myself; I saw reflected in them the same love for learning and discovery I had in me, which pushed me to strive harder in my own work so that I could be a better mentor to them in turn.

Overall, the effects of a good leader can be measured in the positive changes made in one’s community and in mutual growth achieved with one’s peers and mentees. Throughout my university career, I have grown, learned, and made lasting contributions in the LMP, Victoria College, and UofT communities, and I will continue to strive for the highest quality of student life possible so that all students feel empowered to achieve their full potential and make notable changes in their communities.